Chainsaw Chicken
Comedy • News • Politics
Chainsaw deals with current topics as well as retelling history as he sees it with the less known history of him and his relatives.
Interested? Want to learn more about the community?

“Good morning… Mr…uhhh… Chicken. What brings you in today?” questioned the ‘on call’ doctor .

“Well Doc,” Chainsaw began to speak as he rested on the paper covered exam table. “It’s like this. For the last several days I have been feeling like my gizzard in out of whack. It’s not working as it should.”

“Gizzard!” exclaimed the doctor. “Your gizzard has been troubling you?”

“Oh yes, Doc!” proclaimed Chainsaw. Think you might have some notion of what might be going on with me?”

The doctor starred at Chainsaw for an extra moment , took a deep breath as if he was tired and needed a boost of energy, then began. “As I see it you have a few other issues going on besides your gizzard.”

He continued. “How long have you been feeling… uhhhh… thinking…. uhhhh… that you are a chicken?

Puzzled, Chainsaw calmly addressed the doctors curious question. “As long as I can remember, Doc. You’ve never treated me. Do you know Dr. DeBakie Chicken? He’s my usual doctor. I’ve been seeing him for years.”

“Oh I’ve seen him in the staff meetings. But I am concerned about you” the doctor continued sincerely.

Chainsaw interjected “I think my gizzard has got the Covid. Can you give me something to cure it?”

The doctor answered abruptly. “You don’t have a gizzard“…

“What? Sure I do” stated Chainsaw.

The doctor continued” Furthermore, I think I will give you a referral to see another doctor friend of mine at the sanitarium, I mean the building across the street.”

“Oh doc, can you just give me some Hydroxy-what cha call it?” asked Chainsaw.

“No” answered the doctor.

“No” the doctor stated flatly.

“Remdesivir… Monoclonal Antibody’s?” Chainsaw bounced back words like it was a game of ping-pong.

The doctor turned, picked up a phone, pressed a call button. When someone answered be calmly said “I need you and two other people, yeah the big guys, to come to exam room 3 and help my patient across the street to the ‘clinic’ that might better help him”. 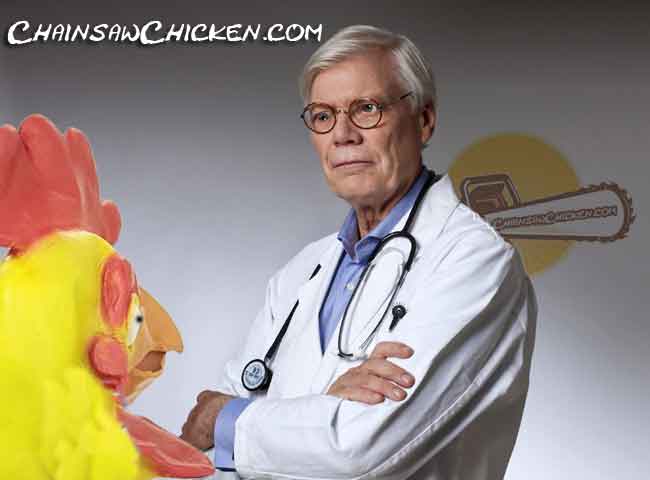 The Zen Master’s words “It is time for us to do what we have been doing… and that time is everyday.” ring more true than ever with the state of the world.

These words were profound when they were first chanted by Zen Master ‘Who Cluck Chicken’ from his peaceful gardens in Compton, California.

What is a zen master? It is someone who teaches Buddhist meditation and practices, usually implying longtime study and subsequent authorization to teach and transmit the tradition themselves.

These magnificent words are so obvious and tranquil that they were expressed by Vice President Camel La Harris. The world stood in wonder from her statement. Astounded by the clarity and zen-like truth of the words.

“It’s like a meta-physical dog chasing it’s cosmic tail” commented the Zen Master ‘Who Cluck Chicken’ . “I have stated this publicly many times. It has appeared on the items in our Zen online store and it was the title of my first best selling book. I’m sure that ... 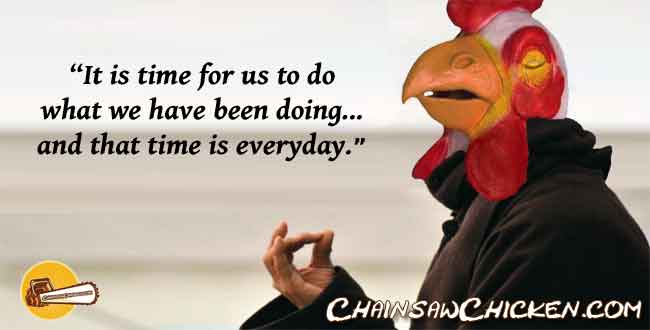 Back then, we used to post short captions like you would see on a comics page in the paper but I decided to gravitate to a long format in order to allow more of the preface and story to be told. 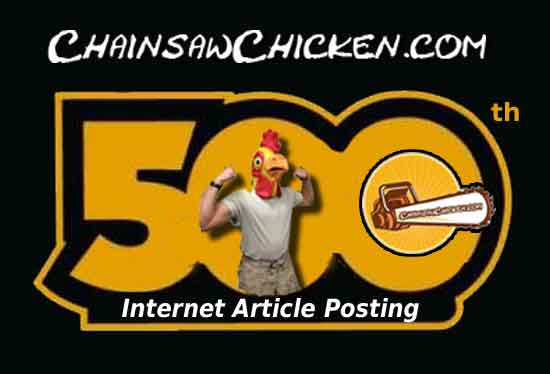 Rumor has it that it this my have come from the Vice President’s office in retaliation to the negative press leaked to CNN regarding the feud between the two office holders may be having.

While recording the video procedure is nothing new, it is still a question of how it fell into someone’s hands outside of the President’s staff.

A publicity photo was also released at the same time of Doctor DeBakie Chicken , who is seen here posing before the procedure is started.

Here at Chainsaw Chicken International, Ltd we do not shy away from showing this news video. Other news and opinion sites my hide this but we won’t do that.

This video even recorded the operating room music Dr. DeBakie Chicken prefers to listen to during procedures. This surprising video goes to ‘great depths’ looking for problems. See if you can see that last ice cream cone he had before the ‘clean out’. 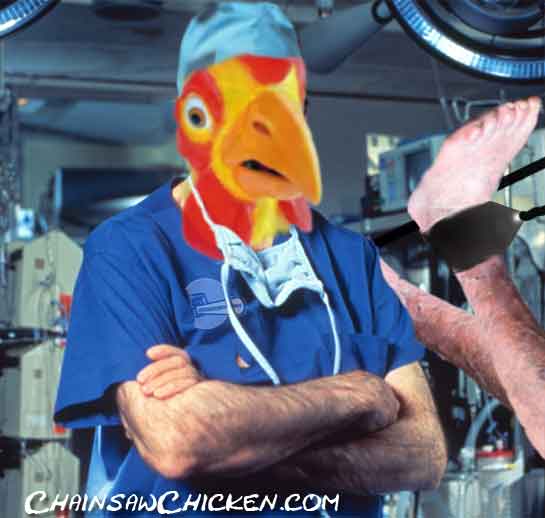 Powered by Locals
About Community
Chainsaw Chicken
2 Members
Don’t have a Locals account yet? SIGN UP
I’m already a member Log in
Please keep this window open while your file is uploading...